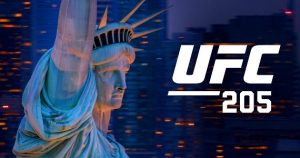 If your not then, maybe check out the press conference that just happened a couple days ago. If that doesn’t pump you up, then your either not a fan or maybe not even human.

We all know Conor is the number one star of UFC, especially since Ronda Rousey is still on hiatus, and who knows when exactly they’ll allow Jon “Bones” Jones to compete again.

Fan or not, at the very least watch the highlights from the press conference. You won’t be disappointed. And you know since Conor is there after his little fit, there will be plenty of profanity and trash talking, not just between him and lightweight champ Eddie Alvarez but anyone who cares to interject their two cents on Conor, just ask Jeremy Stephens, can you say fail? 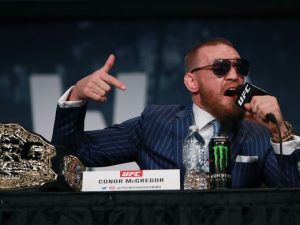 Of course while Conor stole the show, it’s still a blast to see all the other fighters,champs and former champs like Frankie Edgar on stage. And then there’s Joanna champion, who’s a beast and if anyone has seen her fight, that’s another fight that’s going to be a blast. And it doesn’t hurt they are both easy on the eyes to look at. Maybe her challenger Karolina a little more than Joanna, but regardless we all know it’s going to be one hell of a fight.

Oh yeah did we mention other fighters fighting at UFC 205: Rashad Evans vs Tim Kennedy, Donald Cerrone vs Kelvin Gastelum, Meisha Tate vs Raquel Penntinfron, Frankie Edgar vs Jeremy Stephens, and more that will only pump you up even more to tune in.

Yes, saying this card is the “biggest card” isn’t saying much these days, just look at UFC 200. Sure it was an exciting card but it didn’t really live up to the hype. So to say this is the biggest card in UFC history is an understatement, it simply is.

Now all we can hope is the injury bug doesn’t stick its ugly head into this card, fingers crossed, knock on wood, UFC 205 couldn’t come soon enough.